Sitting on the patio of the Rio Loco at Fisher’s Landing watching yet another beautiful sunset, I began to wonder how many sunsets have been viewed and by how many people over the years and how exactly Fisher’s Landing Resort came to be.

I began to do a little research and discovered that there was an interesting history associated with Fisher’s Landing.

These steam ships delivered much needed supplies to settlements and businesses operating along the Colorado River and they also ferried passengers, settlers and gold miners back and forth. 500 yards south of Fisher’s Landing was Castle Dome landing, a shipping point for ore for the local mining company.

With the coming of the railroads in the late 1800s there was now a new, less expensive way to get people and supplies up and down the river.

The importance of the river changed from commercial to becoming a much-needed water supply to help irrigate fields and supply drinking water.

The water levels of the Colorado River would slow to a trickle during the hot summer months, yet it would be a raging river if there was a rainy season, so in the 1930s the Imperial Dam Project was formed to control the flow of the river.

The Imperial Dam Project formed a massive system of dams and canals and many lakes were formed at this time, including Martinez Lake where Fisher’s Landing is located.

Locals from Yuma and Phoenix and people from all over California came to fish on the banks of the lake, driving on a dusty dirt washboard road travelled by countless fishermen, campers & explorers.

Fisher’s Landing was founded in 1948 by Jess Fisher and the Calzona Sportsmen Club, who had been fishing the banks of the river & lakes for years.

Jess Fisher, a member of the Calzona Sportsmen Club obtained a lease from US Fish and Wildlife Service.

In 1951 Jess Fisher took over the lease and Fisher’s Landing Resort got it starts with a tiny store and hand powered gas pump.

At the end of 1951 Wellton Mohawk installed power and the modern convenience of a phone was installed in 1963.

Many clubs and groups have a long history of coming to Fisher’s Landing to fish and hunt. One of the oldest clubs is the Yuma Rod and Gun Club. They are still as active today as they were in the 50’s, but as time changes, so do other things. In the 50s they would not let women in this male only club, so those feisty females created their own club and named it the Yuma Reel and Rifle Club.

In the 1970’s Fishers Landing was sold by Jess Fisher to his son Donnie Fisher, his wife Johnni Fisher and their partner Swede Ferguson and it was managed by them until 2007 when Fisher’s Landing was sold to current owners/managers Greg & Donna Brown and Charlie & Shirley Bush.

Fisher’s Landing Resort has come a long the way over the years, evolving from a rustic fish camp to a world-renowned resort, however the one constant that will never change is the beautiful, glorious sunsets. 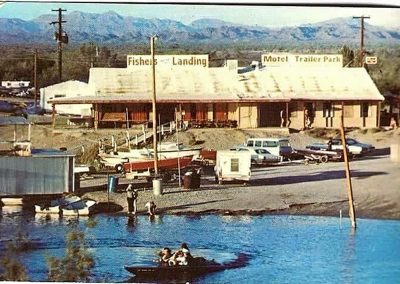 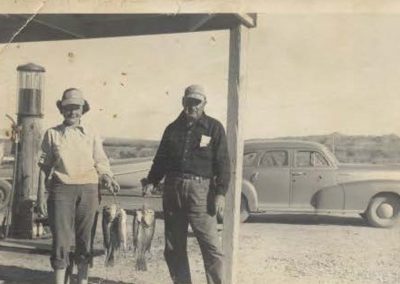 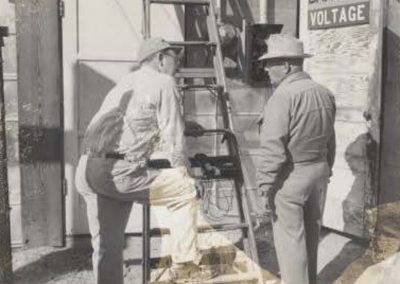 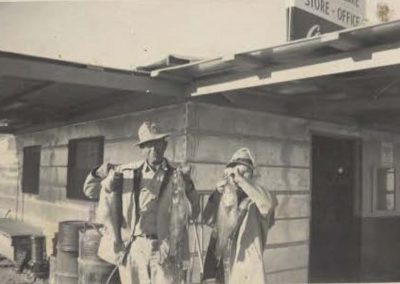 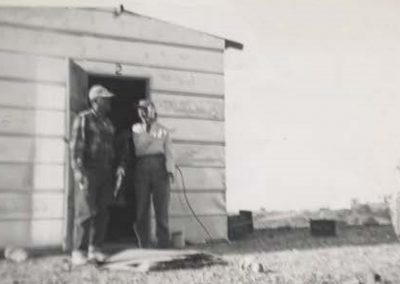 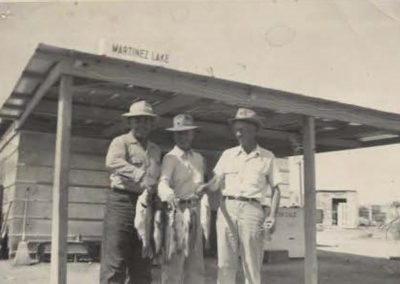 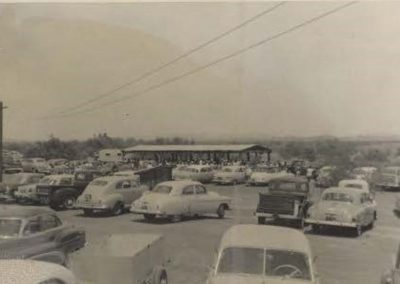 This is where we held fish frys and social gatherings 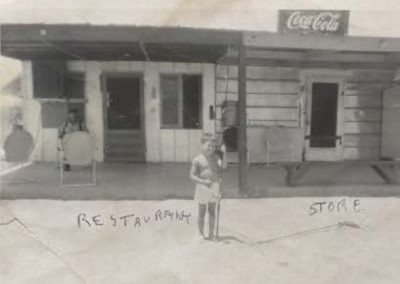 Restaurant on the left and store on the right 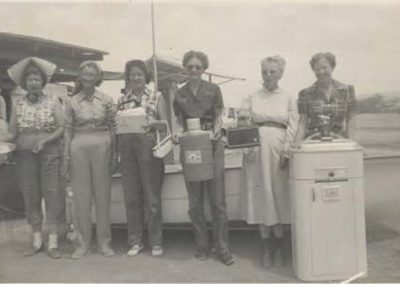 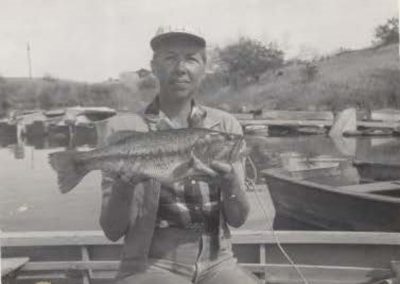 Fisherwomen with a bass

Local lady posing with a bass

Fishermen with stringer of bass at boat rental dock 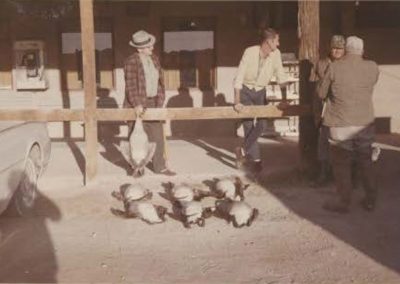 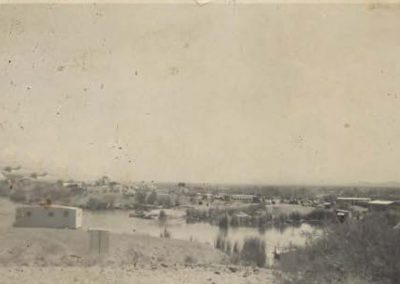 Trailer on Swedes Hill over looking the lagoon circa 1950s 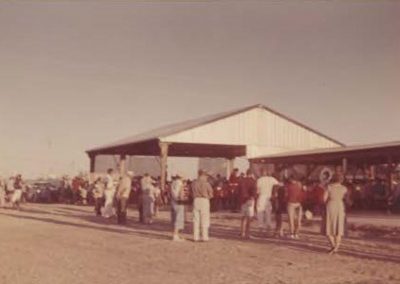 People gathered at the Picnic Shed for an event 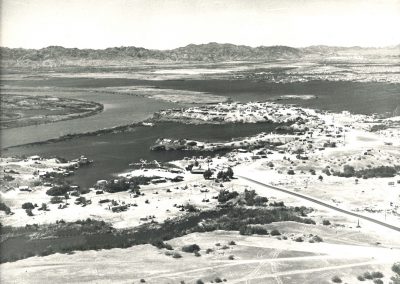 Black and white aerial photo of Fisher’s Landing circa 1950s 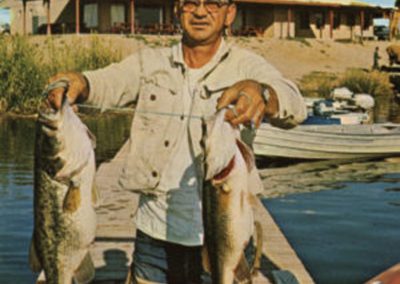 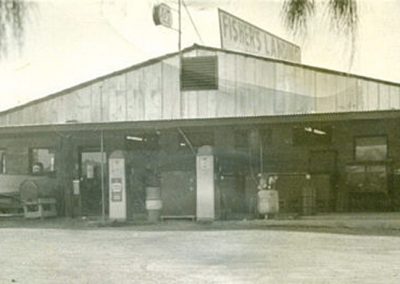 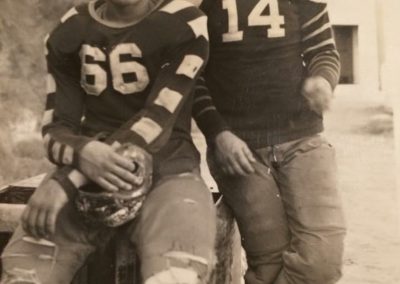